It's been a fantastic start to the new academic year in Y5 - with such a rich and diverse array of activities every day, it's no wonder the last seven weeks have gone by in a flash!

In English this term we have been examining the Ancient Greek myth of 'Theseus and the Minotaur'. It has been fantastic to analyse every aspect of this exciting story. A particular highlight was having a spirited debate on whether or not we should consider Theseus to be a hero. The debate was fierce but friendly, and it was great to get a chance to develop our public speaking skills. 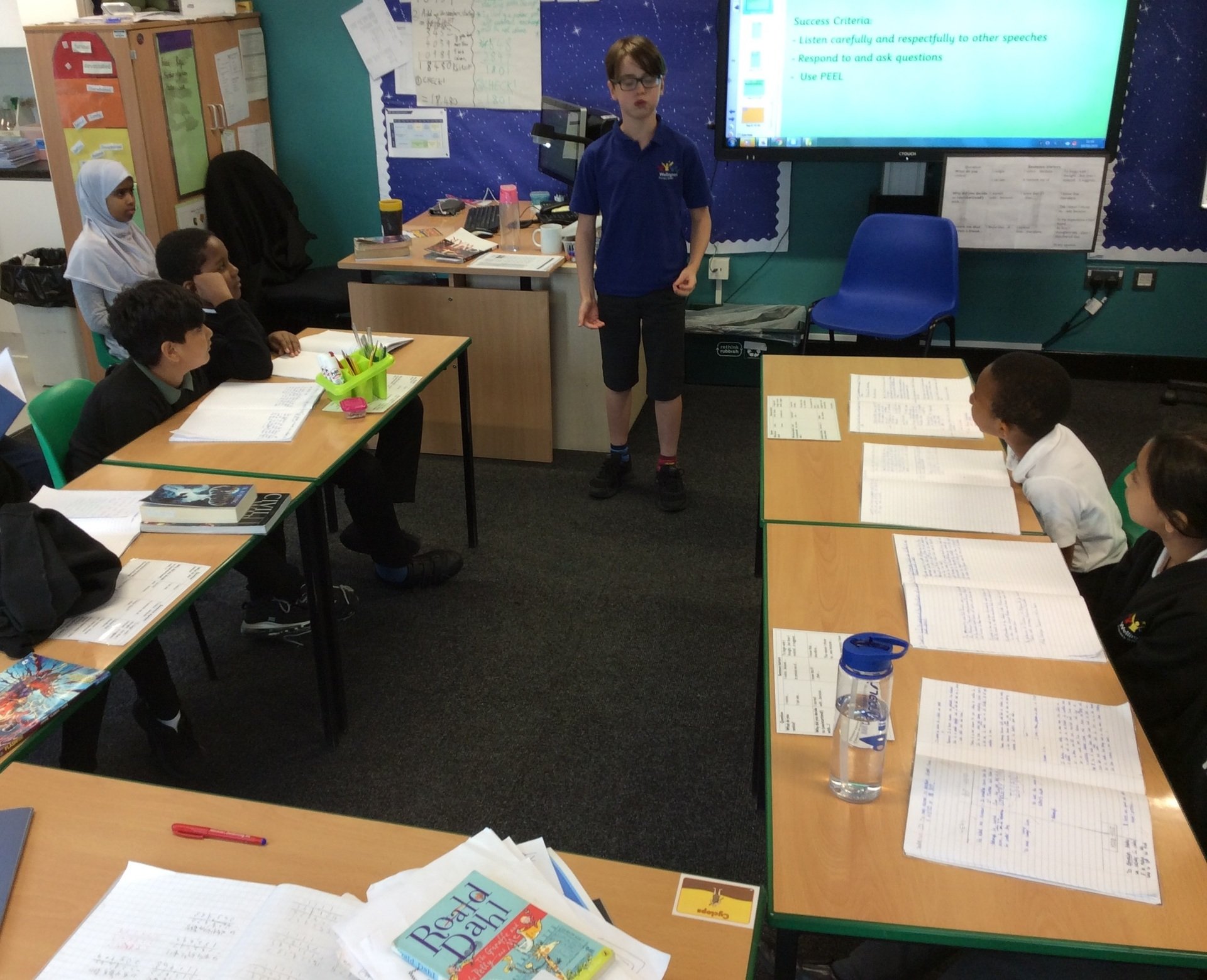 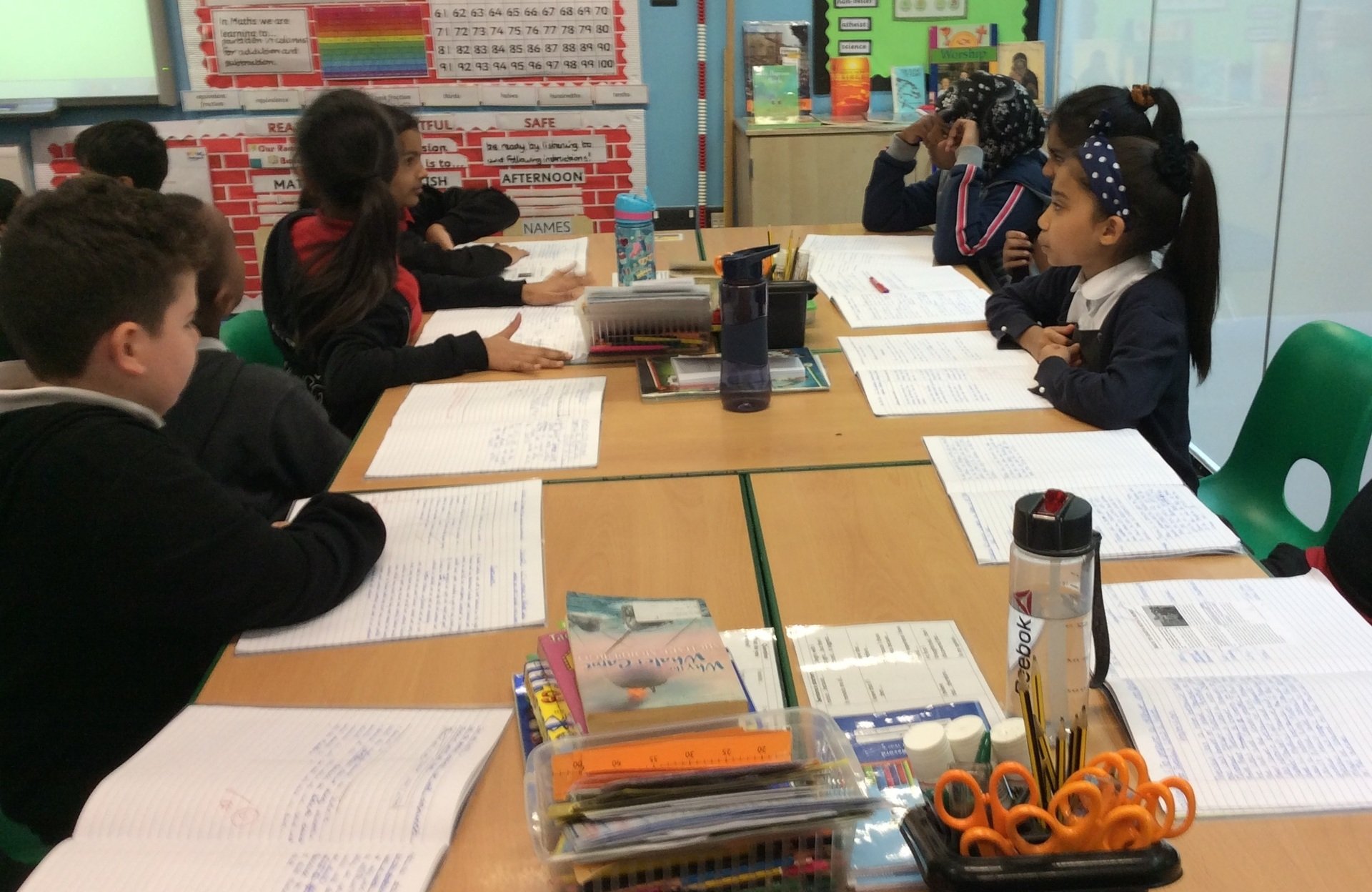 We have continued to develop our understanding of place value and the four operations in maths, and have particularly enjoyed putting these skills to the test by taking each other on in a game of 'Close to 100'. 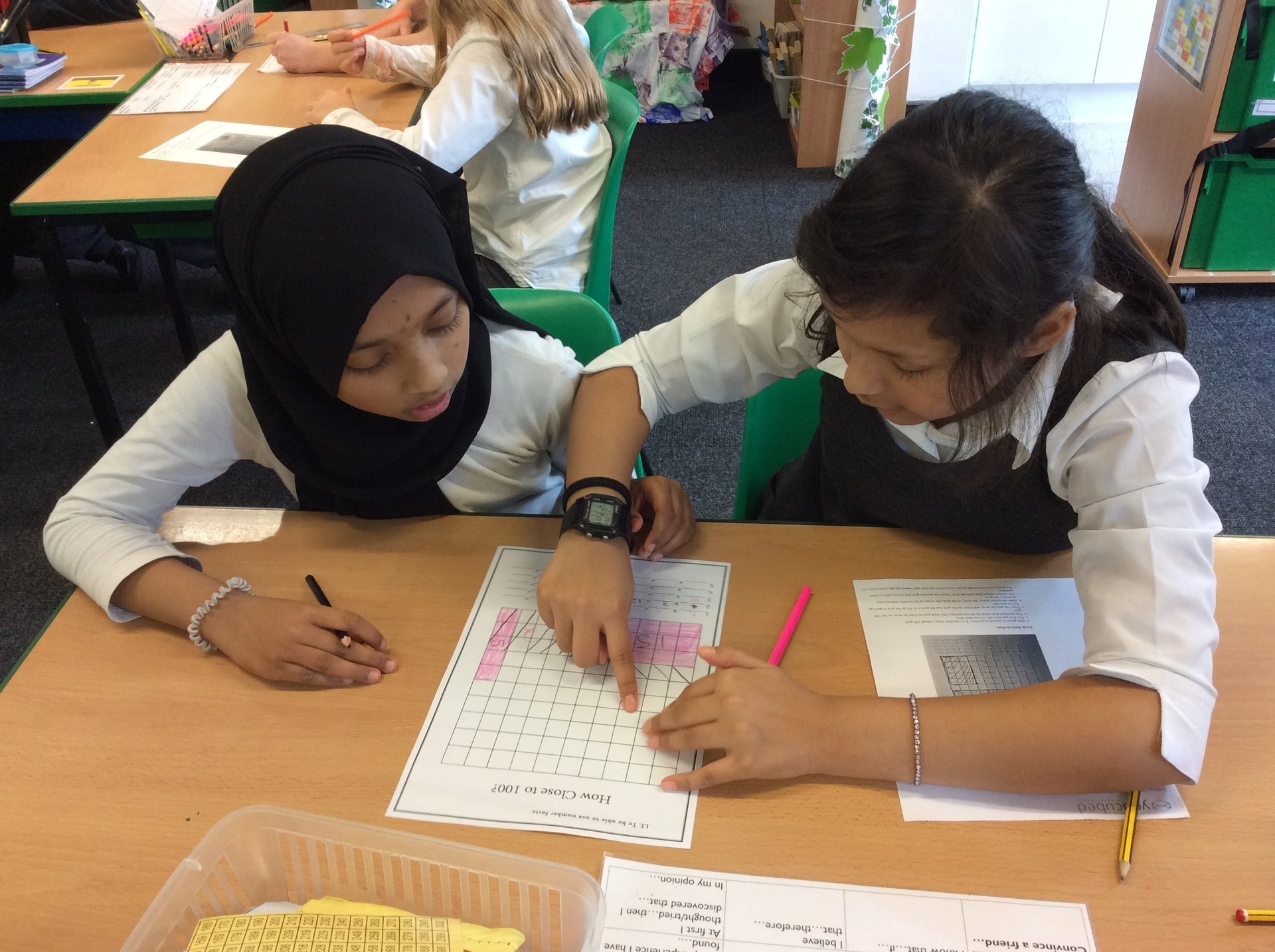 Our Topic for this term is 'Who is your hero?' and we have looked in detail at the heroes and villains of Greek mythology. To help us with this, we have used our topic lessons to learn all about the history and geography of Greece. Check out our Ancient Greek Reading Temple! 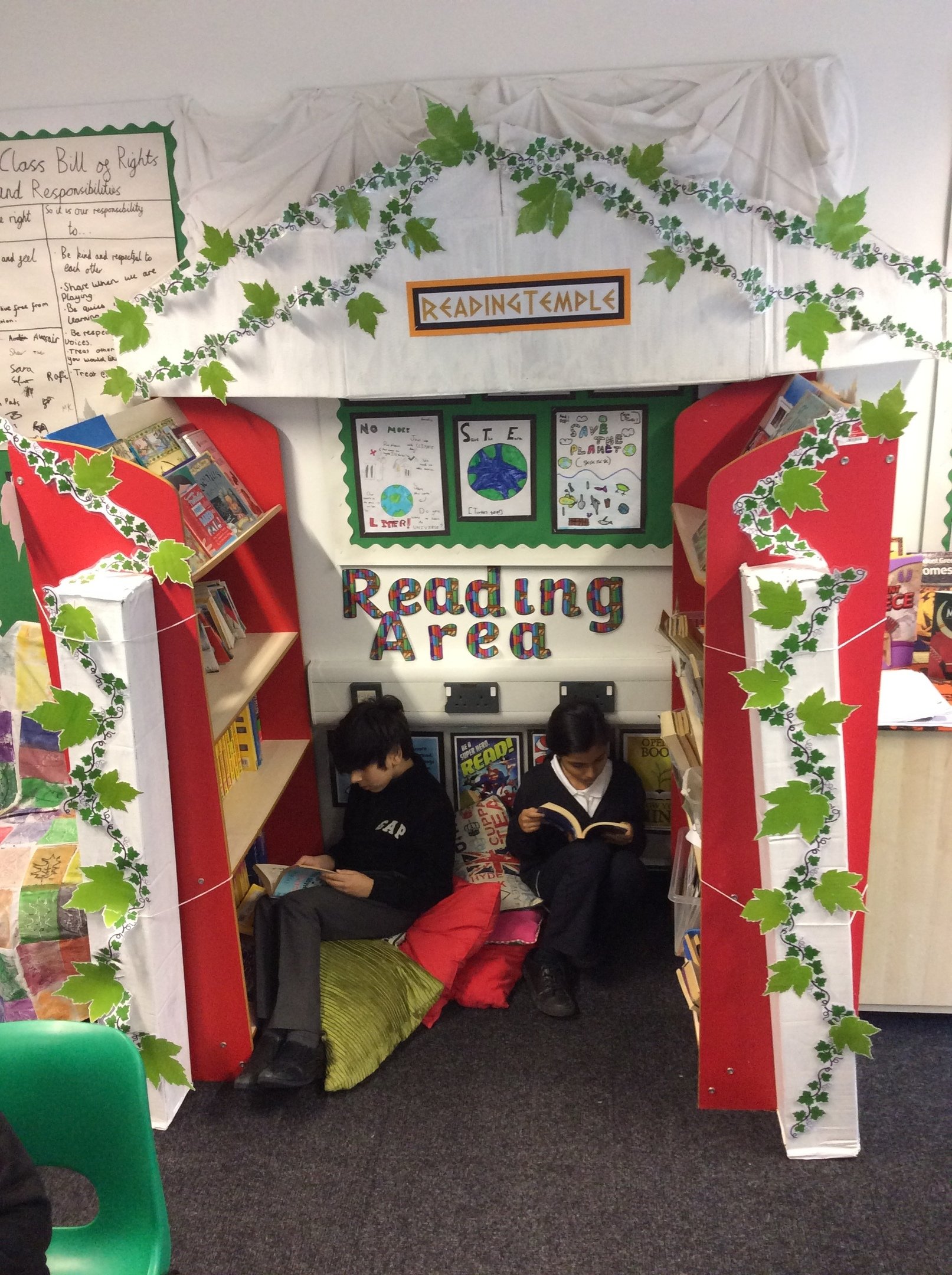 It's been a wonderful half-term and we are excited for more challenges after the half-term break!

For our summer term theme, ‘What Goes Up…’, we are learning about Earth and Space. Year 5 have enjoyed researching many aspects of astronomy and space travel, producing an information-packed leaflet about a planet in our solar system, as well as understanding the historical context of the Space Race. We have investigated why we have day and night on earth and how that relates to the movements of the sun, earth and moon.

During this half term, our BEE financial literacy project resulted in a fantastic trip to the Shearman and Sterling offices to deliver a craft and bake sale. Children worked exceptionally hard in mixed-class groups to design, create and market a range of products to sell to employees at the firm. The day was a great success, with over £250 raised for our chosen charity which helps people around the world to access safe drinking water. Year 5 should be incredibly proud of themselves as their donation will give 17 people access to water for life! 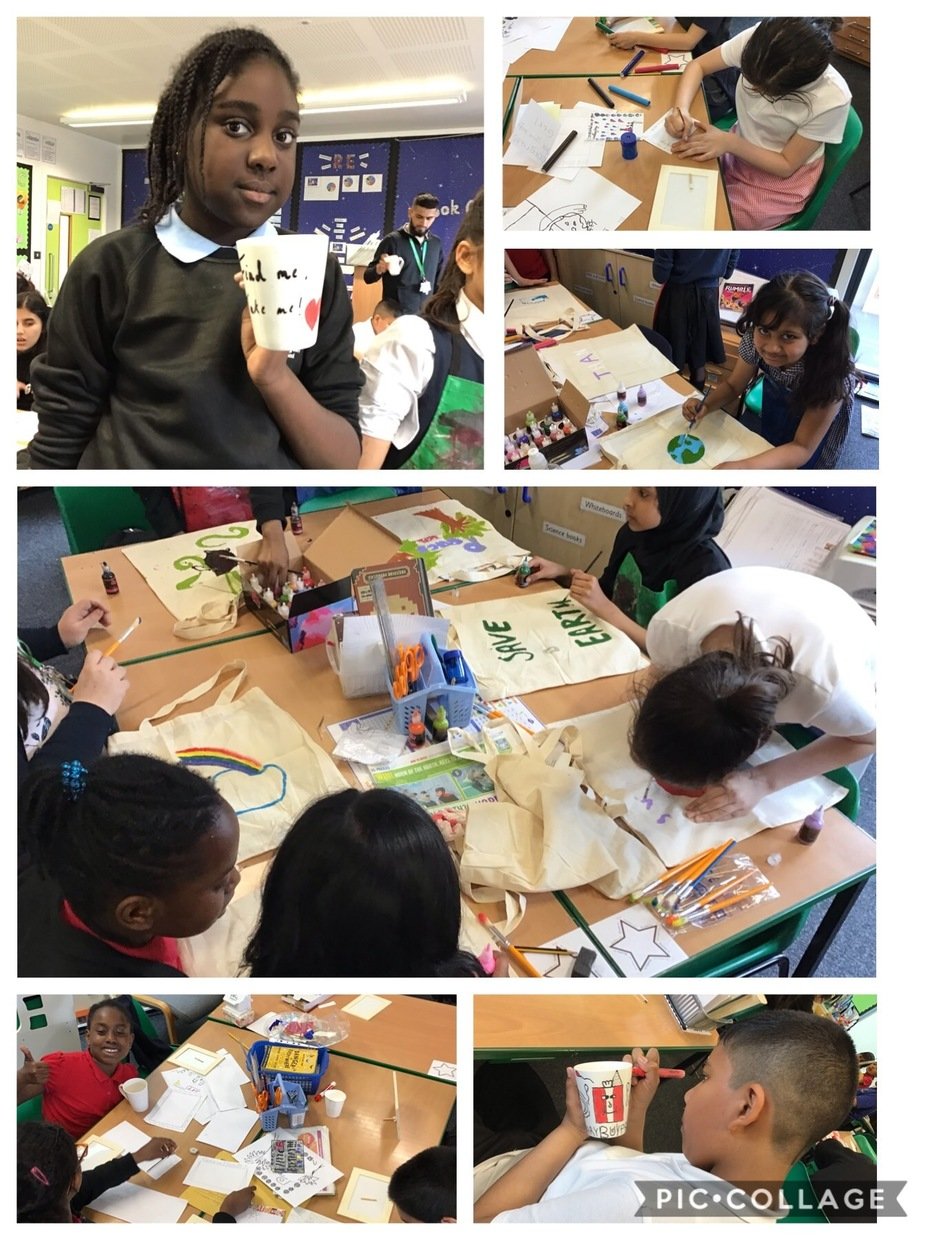 As part of our theme, ‘Cloudbusters’, Year 5 have enjoyed studying an adaptation of Shakespeare’s ‘The Tempest’ this term. We wrote an innovated ending to the original tale as well as producing, directing and acting in a trailer for the imagined film version. We especially enjoyed making props and costumes for the characters!

Also, in preparation for our next history topic, we spent a morning browsing the ancient Egyptian rooms at the British Museum. We examined many interesting artefacts, but were particularly intrigued by the mummification process carried out on the wealthier citizens. Our home learning project over half term is to create a diorama or replica artefact inspired by this trip and we can’t wait to share these creations on the first week back! 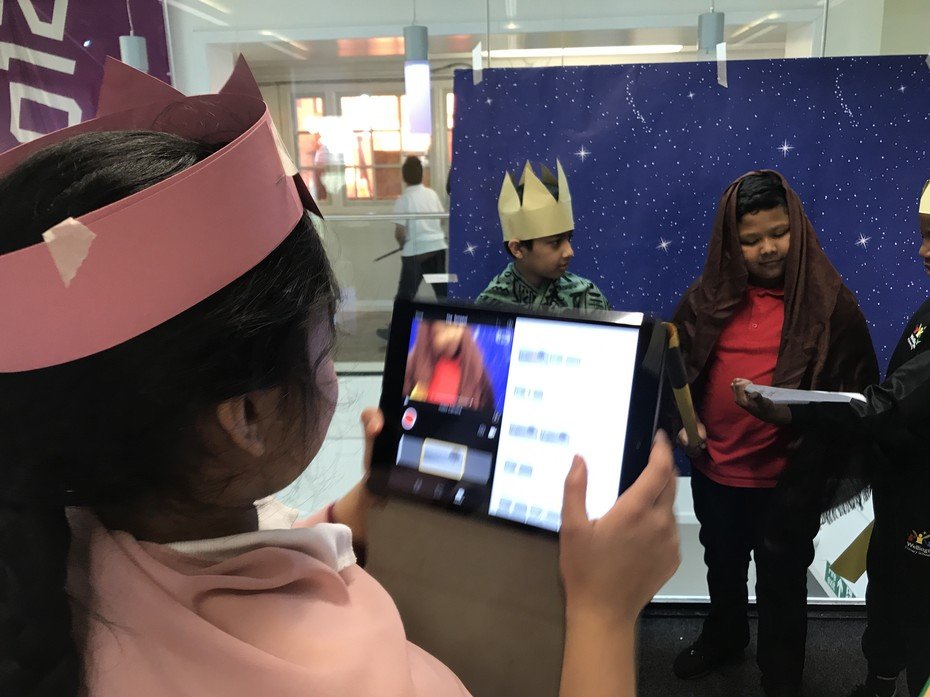 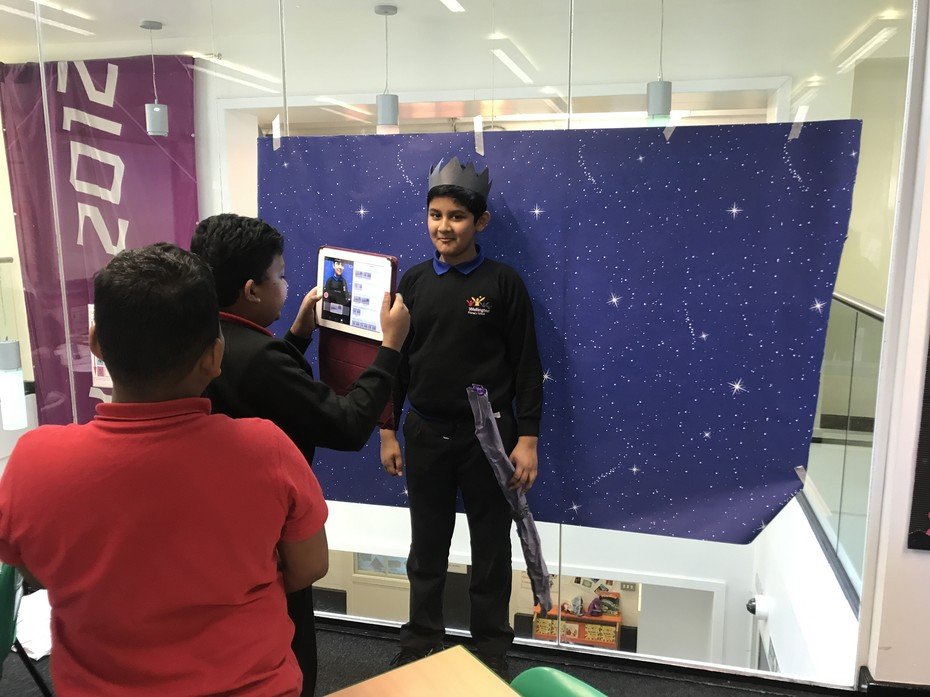 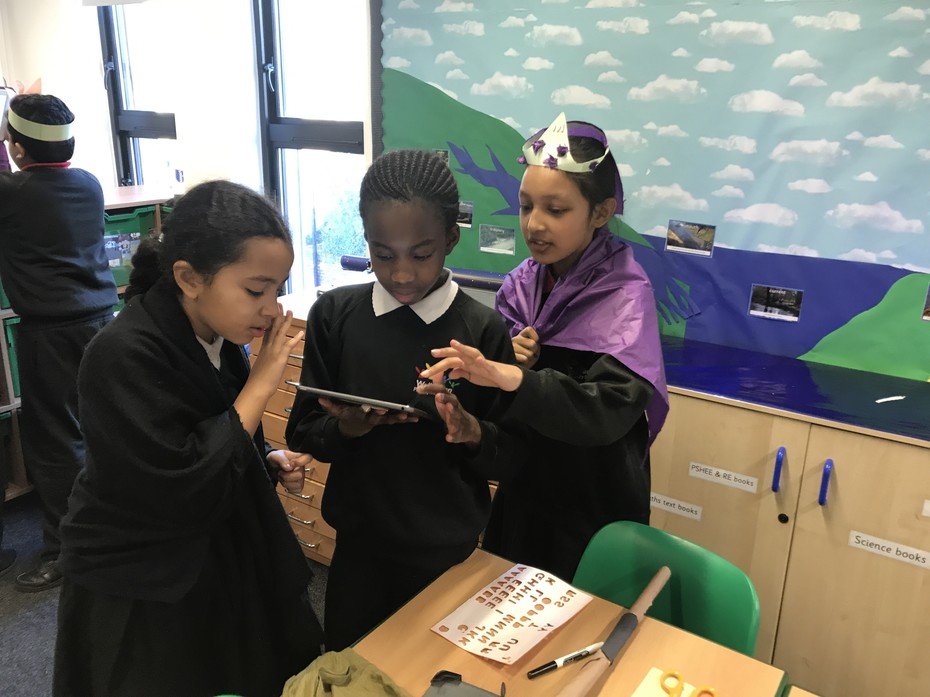 Year 5 started this half term with a trip to the Bank of England Museum on Threadneedle Street as part of our BEE (Business Enterprise & Employability) project. It was a great morning spent looking at the history of money as well as starting to understand how we might spend and save today. We were amazed to hear that old paper banknotes are recycled into compost for plants, and that the newer, polymer notes get recycled to make plant pots! One highlight of the day was holding a real gold bar worth nearly half a million pounds!

We continued with our theme of ‘Who is your hero?’, looking at ancient Greek gods, goddesses and monsters. This linked with the ‘Wonder Woman’ story we read in English, in which she faced and defeated lots of mythical creatures. We used this as inspiration when creating our own comics about ourselves overcoming an evil villain and their monsters. 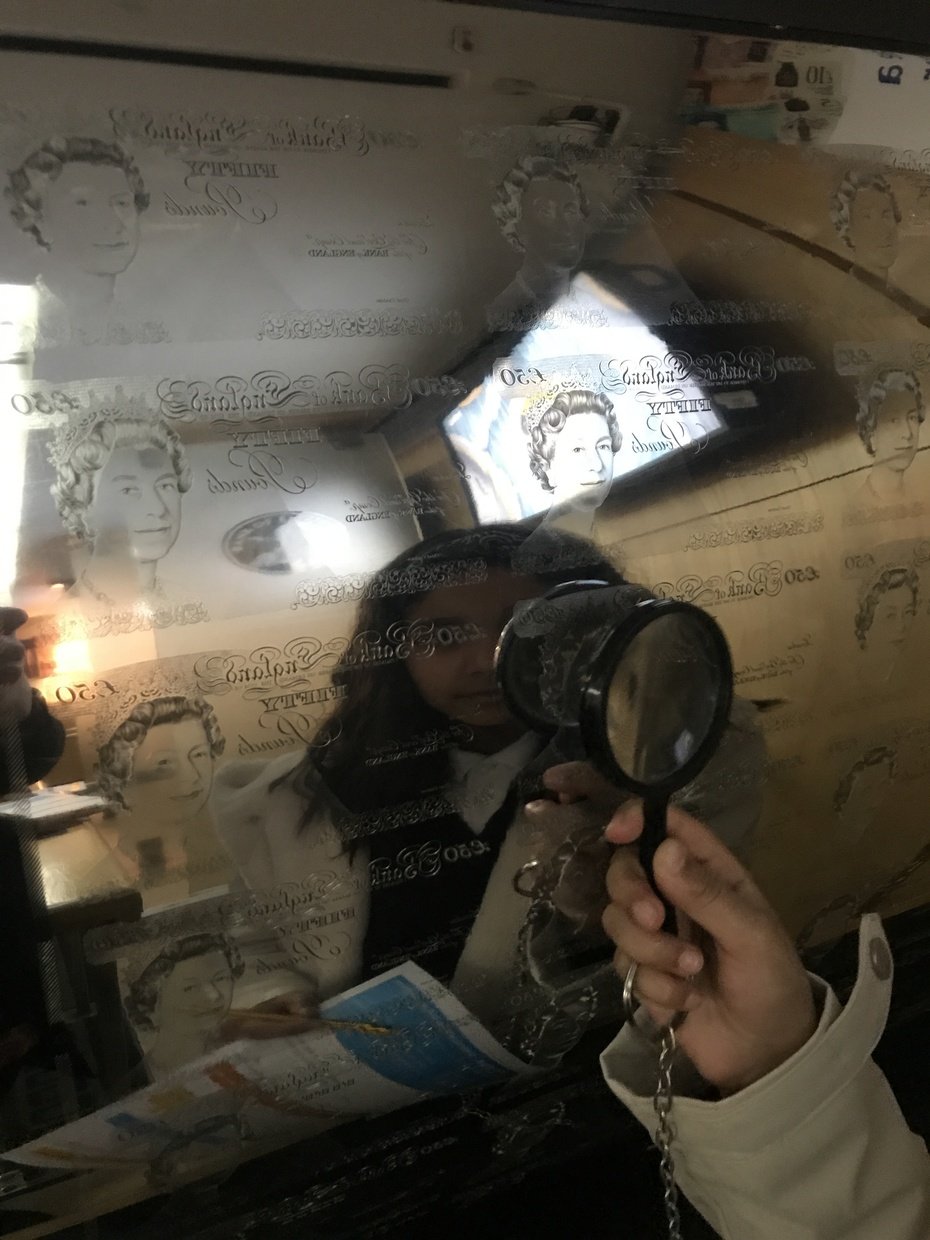 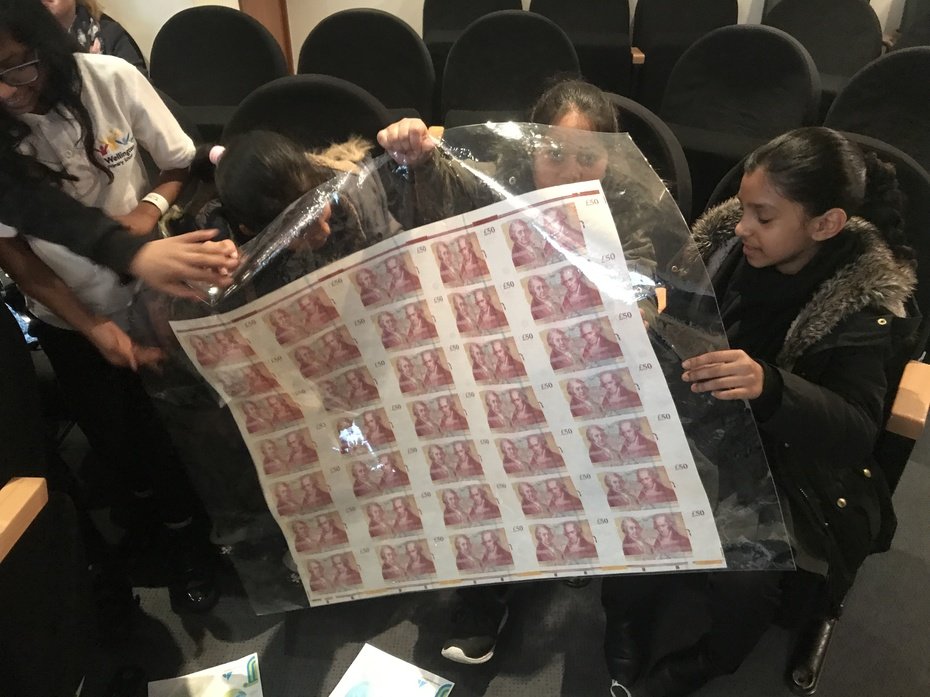 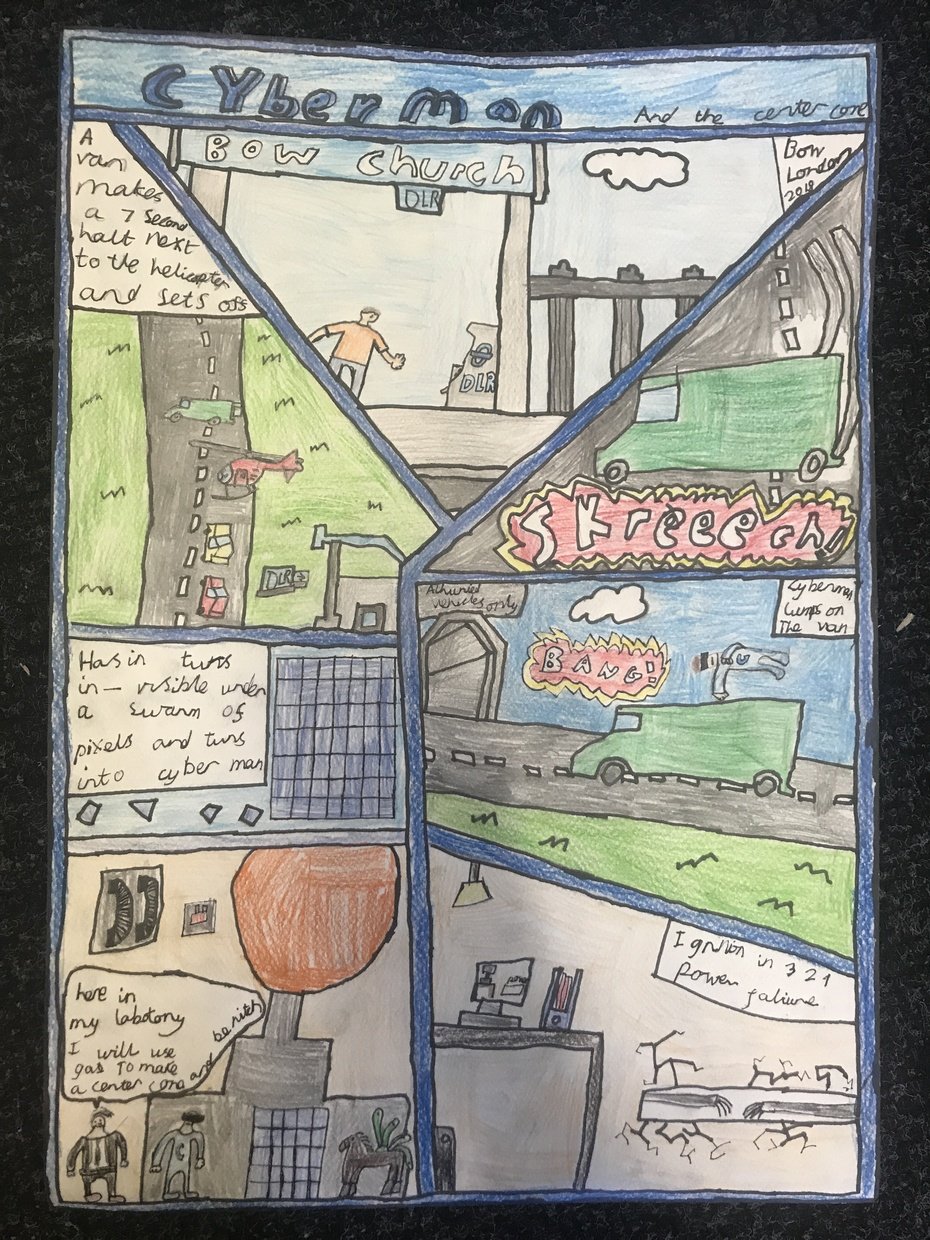 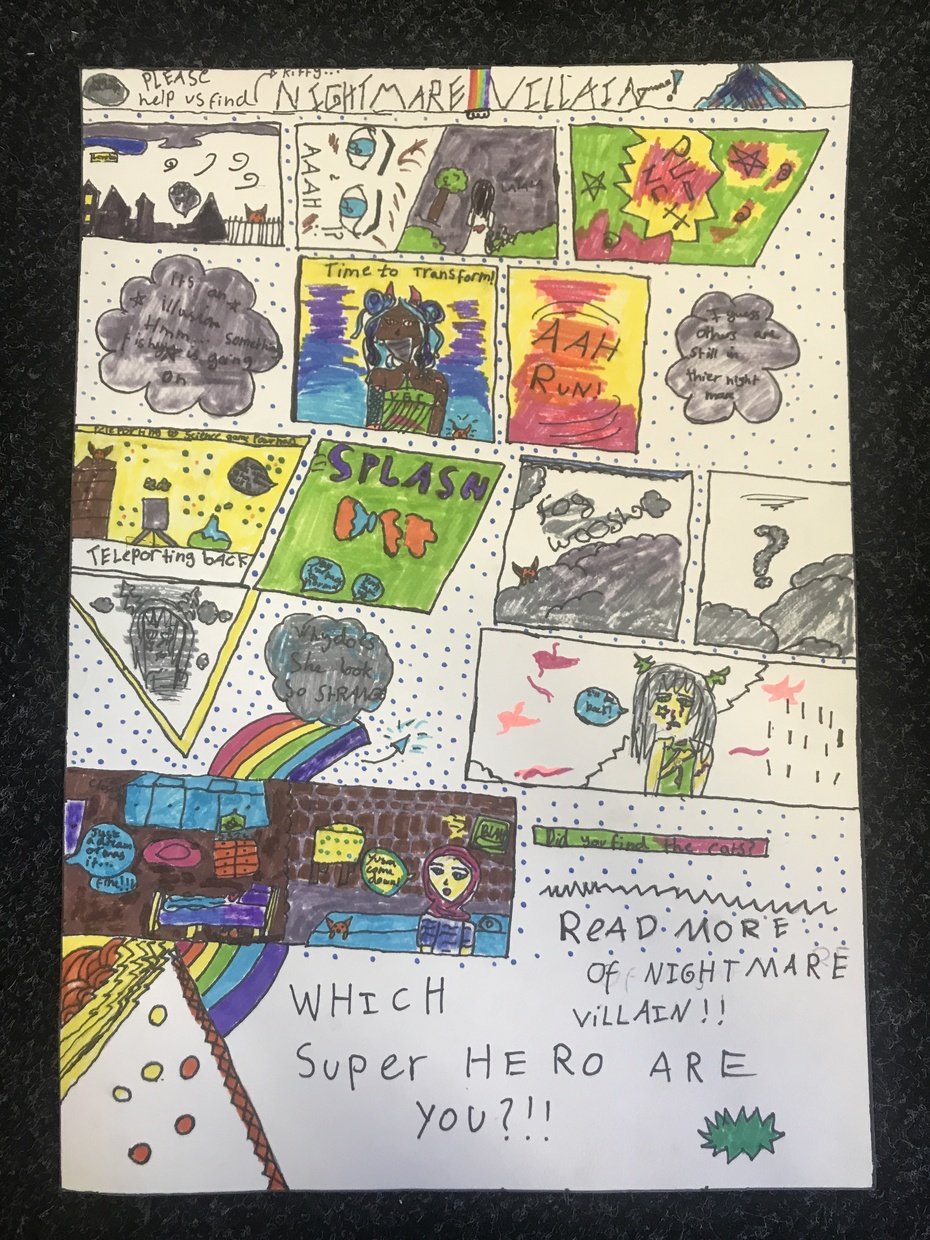 This term in Year 5 we have been studying the Ancient Greeks. Aqua class have used paper mache to recreate traditional Greek pots in various shapes and sizes, whilst Green class have examined primary sources to find out more about Ancient Greek culture and customs.

In acknowledgement of Black History Month, Year 5 took part in various activities. In math, we carried out an investigation to see how many times we could complete different activities in 9.58 seconds (Usain Bolt’s 100m time) – we certainly all felt fitter after all those sit ups and star jumps! Green class also wrote poems on the theme of ‘Unity’ which helped them to reflect on the importance of harmony, respect and tolerance both in school and wider society. Aqua class used the biography and paintings of Jean-Michel Basquiat to inspire their mixed-media portraits of Theseus, the Minotaur and Ariadne. This led to an interesting discussion in P4C about the value of art, asking: Is it fair that an artist can paint like a child but sell it for a fortune? 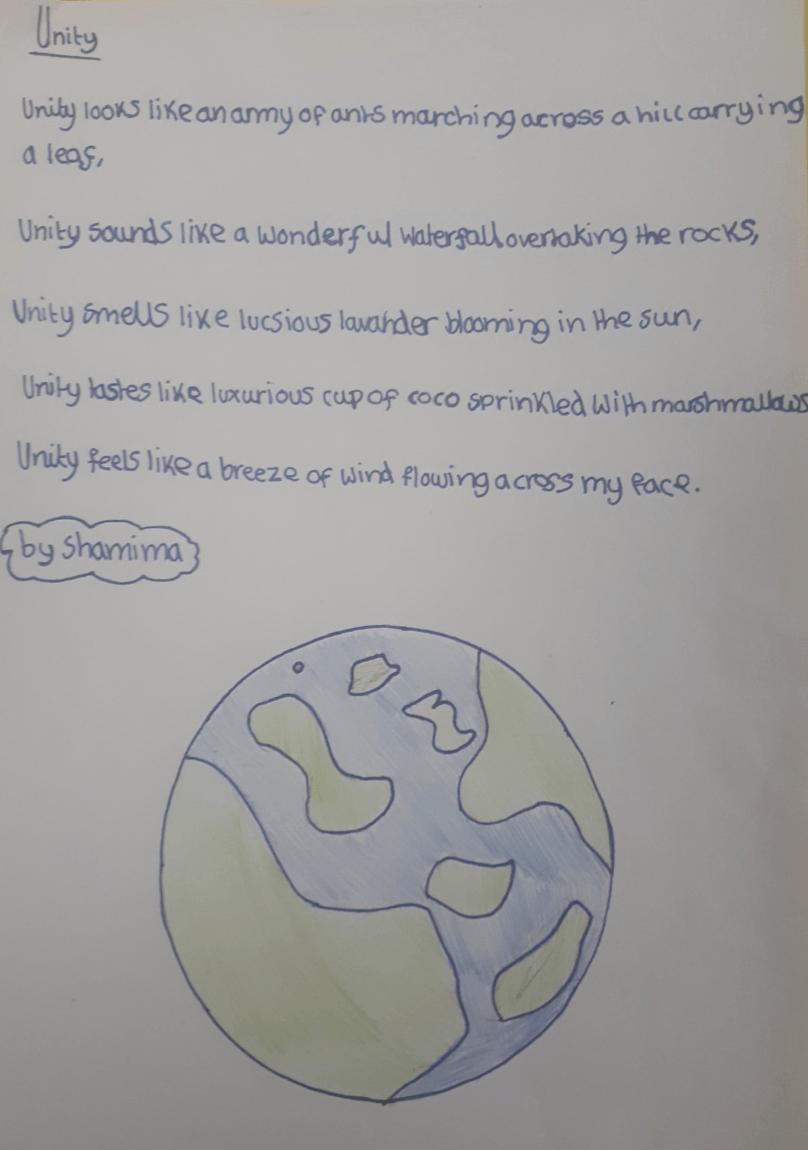 Science and Half -Term activities 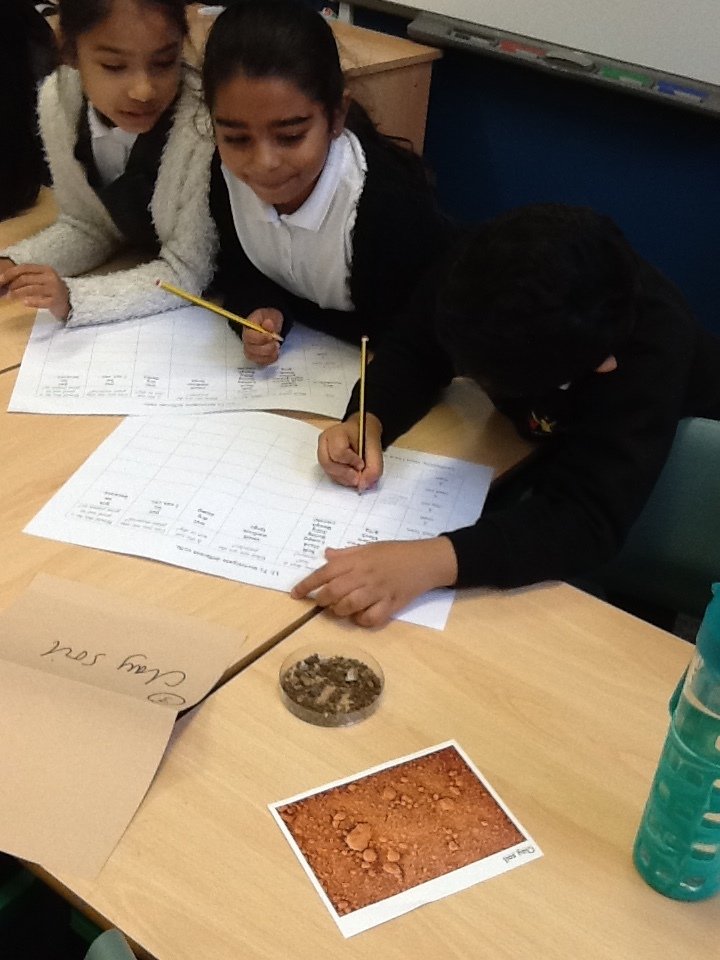 There has been some great Science taking place at Wellington this year. During the Spring term, we were really lucky to take part in some Science shows during Science week. Centre of the Cell came in and performed a show where children took part in activities linked to their learning. Fizz Pop Science also delivered an exciting Science show, ending in a ride on a hoverboard for one lucky pupil.

For our Science curriculum, Year 3 have investigated rocks and fossils which linked to their topic, walking with dinosaurs. Additionally this term, Year 6 made periscopes to support their learning about light, with much more great Science learning going on around school. 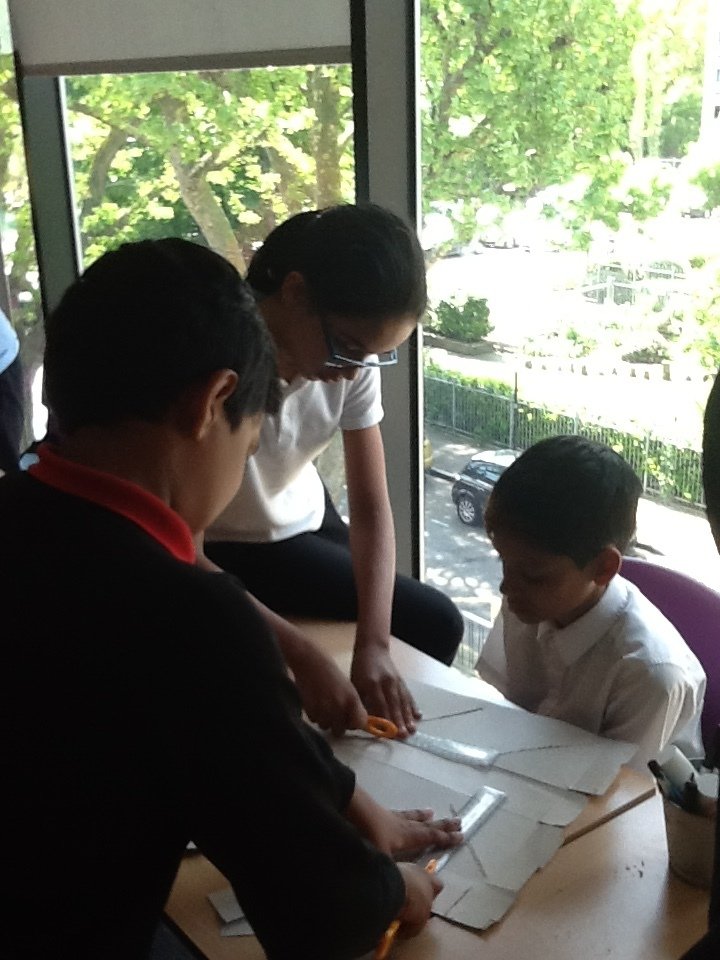 There are many Science events going on in London to keep you busy over half term.

The Science Museum is hosting a variety of activities this half term, including a fun, family workshop to learn fascinating facts about bacteria!

More locally, Centre of the Cell in Whitechapel are hosting some great shows for budding Scientists out there.

These are just some of the events going on in London over the holiday.

Victorian schools were very strict and some of the rules were extremely different from modern school. We were particularly shocked that children were not allowed to write with their left hand. Whilst we were at the museum, we also had a look at some Victorian household artefacts and tried to work out what they were used for. 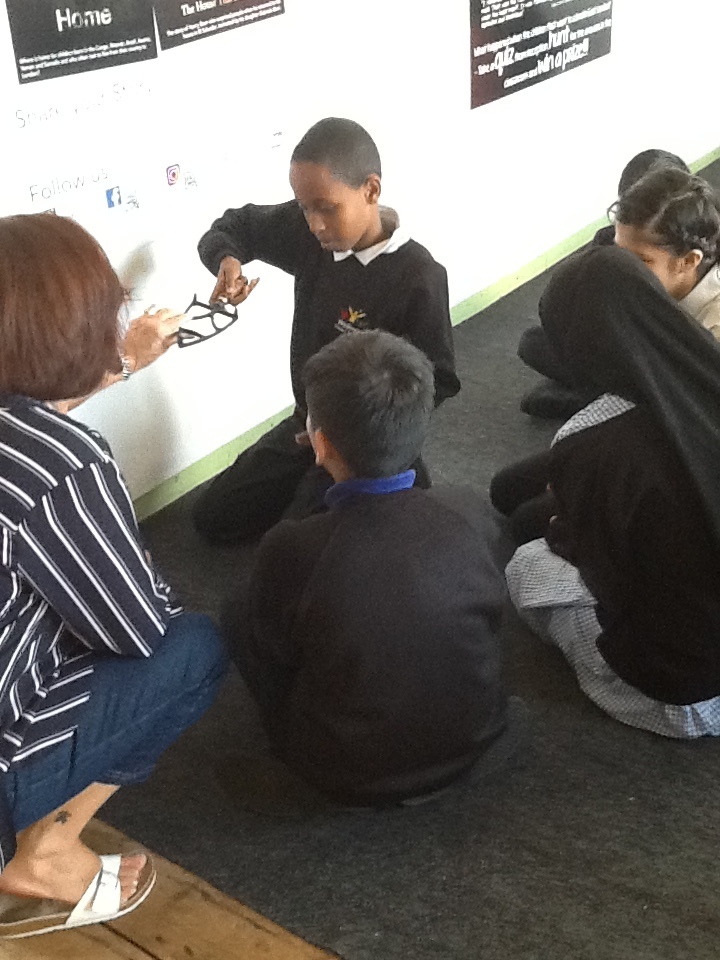 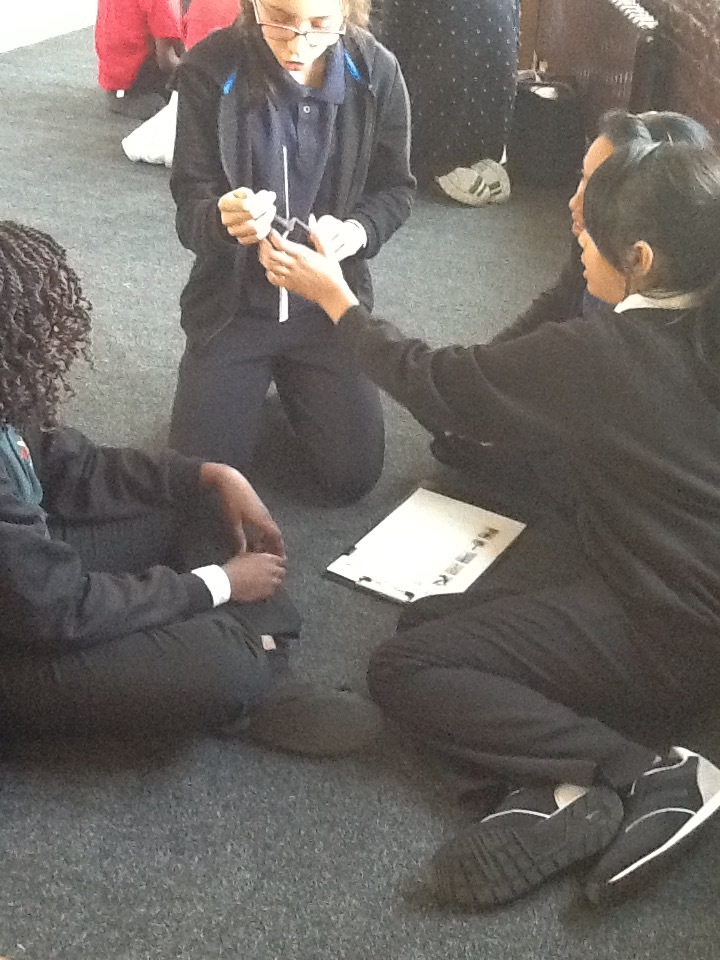 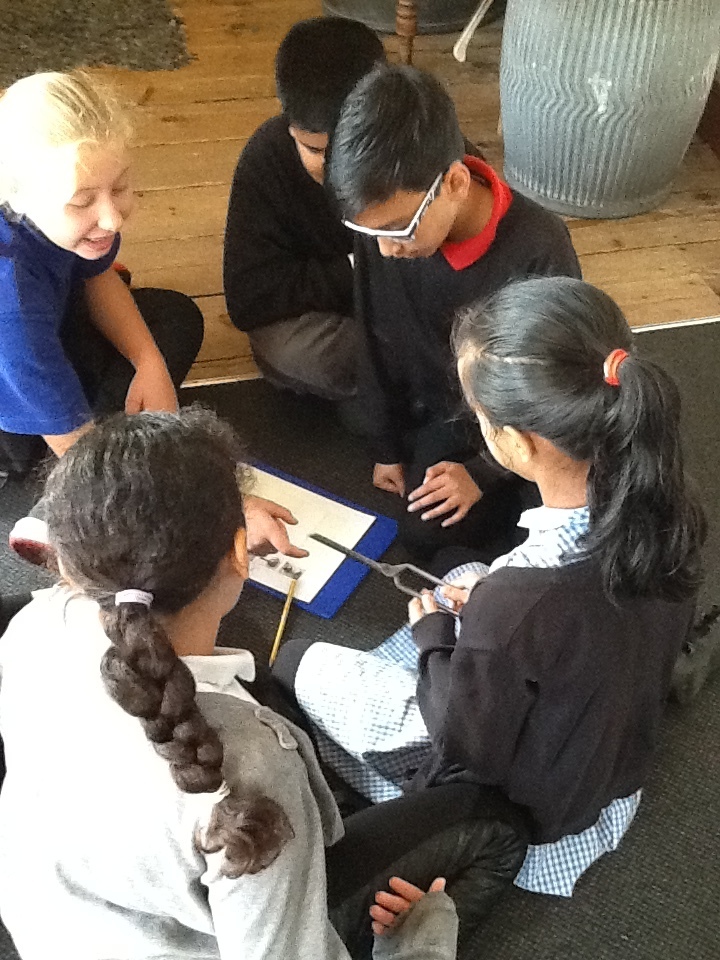 To begin the Year 6 topic ‘For Those In Peril’, the children in Year 6 were given a glimpse of the differences in the First and Third Class experiences on board the HMS Titanic. Before ‘boarding’ the Titanic the children were issued with a coupon and separated into two groups. Indigo Class had been transformed into a First Class dining experience with table cloths, fancy food (grapes), classical music and servants to pour them drinks (thank you Mrs Banks). In contrast, Violet Class was the Third Class experience and they were having a party; passengers were playing the fiddle, dancing and snacking on crackers.

This was a fun way to begin our unit and we were all extremely excited to learn more about the maiden voyage of the Titanic. 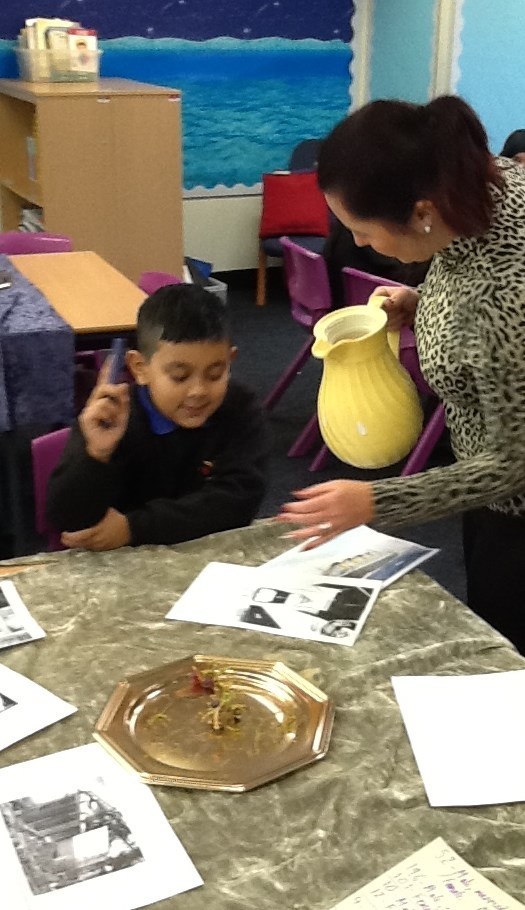 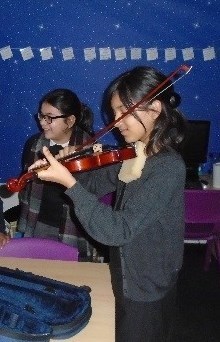 During the Autumn term, Year 6 learnt about the Victorians and animal classification. We also heard about the life and theories of Charles Darwin, a famous Victorian scientist. To celebrate our learning this term (which we have really enjoyed) we visited the Natural History Museum and had the opportunity to work in the Investigate Centre. At the Investigate Centre, we investigated natural artefacts by putting them under microscopes, weighing and measuring them and using our knowledge of the natural world to make conclusions about the objects. 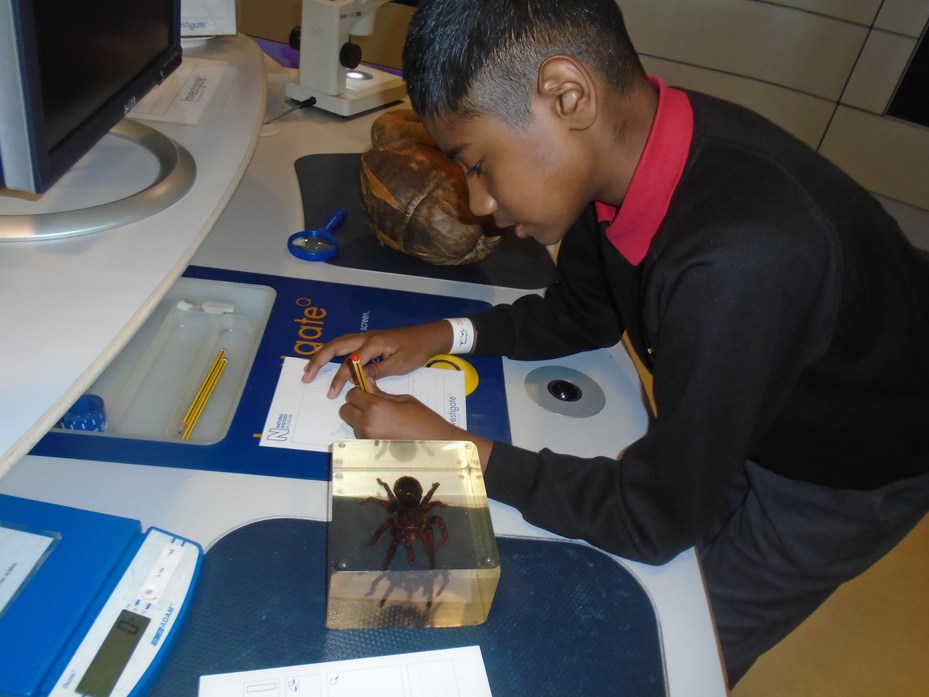 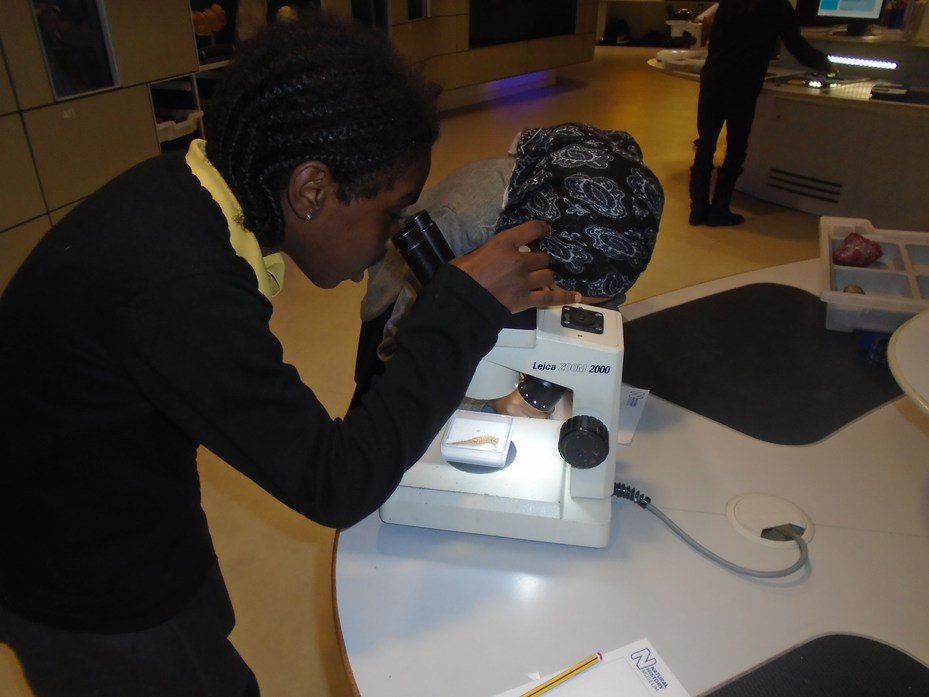